After a failed eight-year marriage, Anouchka Grose found herself thrust into a dating scene she barely recognised. Could she find love amid the online profiles, soulless lunches and well-meant setups? 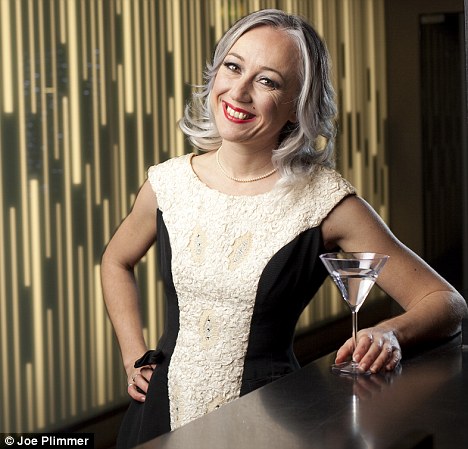 Before I got married in 1997 – a month after I turned 27 – I’d never been on a date. And nor had any of my friends. Going on a date was what people did on Saturday night TV, before reporting back to Cilla Black. In real life we just hung out and got to know each other.

One of my best college friends introduced me to my future ex-husband in the street. I married him seven months later, thanks to a mix of love and passport issues. If we hadn’t he would have been forced to go back to Argentina. I never sat opposite him in a stuffy restaurant and asked him stupid questions about movies and music.

Of course, I should have asked both him and myself a few serious questions before going ahead with the wedding, but then it wouldn’t have happened. If we’d known each other better, we would have noticed that we drove each other mad. In spite of that, we stuck it out for eight and a half years. This can perhaps be put down to our mutual love of our child, and our extreme stubbornness. During that time I developed the idea that if I’d stuck a pin in a phonebook I’d probably have picked a more suitable mate.

Occasionally we would watch Sex and the City together (although, like everything else, it tended to cause arguments). I was always nonplussed. Those women’s lives seemed to have nothing to do with mine. Did anyone seriously care about the sorts of things they talked about? Extreme bikini waxing, the pros and cons of sex with an ex, and whether to pay for their own dinner? To a married person it looked totally irrelevant.

Now and then we’d hear about friends trying internet dating or going on singles holidays. It sounded weird, desperate and even a bit sleazy. Then again, maybe it was interesting. Or at least there was no reason to be smug about being stuck at home, exclusively torturing your spouse. Even speed-dating was surely more fun than that. But did anyone take it seriously? There was clearly something going on out there – it was just hard to work out exactly what. Still, people seemed to be finding it exciting, and I couldn’t help feeling that I was missing out.

When, in 2005, I finally found myself single again, the whole romantic terrain had shifted. Dating was no longer the remit of the hapless weirdos who appeared on Blind Date. It was practically compulsory. Everyone told me I should join a dating website. Match.com had 15 million members. You could have lunch with a new person every day. Being divorced with a child didn’t have to mean sitting at home crying into a tub of ice cream while watching movies starring Colin Firth. There were countless stories about friends of friends finding love online. 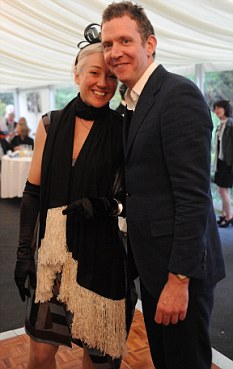 I signed up with an agency and started getting messages back ten minutes later. I was amazed that anyone would even consider a date with me. A near-decade of domestic disagreements had left me feeling pretty sad-sackish, and that’s on top of having it pointed out by a family member that with my small child, small flat and small income I didn’t exactly ‘have much to offer’. Undeterred, I weeded out messages from anyone who looked like trouble – ‘At last! A kind-sounding woman who isn’t ugly!’ – and replied to whomever seemed OK. Three of them appeared lunchworthy, so we made plans. To someone who’s been involved in an eight-and-a-half-year argument, such simple schemes look good.

The problems start when you come face to face. All the people I met were pleasant and not at all psychopathic, but there was the unalterable fact that I would never have arranged to spend a whole lunchtime with them if I’d seen and spoken to them first. They just weren’t people I’d have singled out in the real world. While internet dating is based on very logical premises, love and sex aren’t. Even if you set up 14 dates a week, it doesn’t necessarily follow that you will meet someone you’re attracted to. You’d probably do better handing out your e-mail address at a train station to anyone you liked the look of. (Although if they ever got in touch you may still end up having to listen to a litany of woe about redundancy, cancer and suicidal, lesbian ex-wives.)

After a few soulless lunches I realised that my pin-in-the-phonebook theory was wrong. If someone can make you crazy it’s because something about them speaks to you. People who leave you unmoved are nonstarters. But how do you tell whether a person unsettles you in quite the right way? What if the right way and the wrong way aren’t so different? If love is a kind of madness, then maybe anyone with the qualities that inspire passion in you can also drive you round the bend. Would you seriously risk submitting yourself to another decade of squabbling? Or might it be better to be alone?

In this new dating culture, that barely seemed an option. It wasn’t just the online thing that had caught on – everyone wanted to set me up. I went to lunches and dinners where I’d be put next to an array of recently divorced and terminally single men. I met one I liked, but he didn’t like me. I felt miffed at my well-meaning hostess for months. I decided that setups weren’t worth it. They worked much better than the internet – at least there was a subtle human brain behind the match. But that made it far more likely that one would like the other, and if the attraction wasn’t mutual, it could cause all sorts of problems. How do you explain to a friend that the person they have picked for you makes you want to impale yourself on a spike?

The best idea was surely to leave it to chance, and, meanwhile, to try to be happy being single. It’s a difficult strategy to find fault with, but not foolproof. The problem is that you can then stumble into things without the helpful brutality of an upfront ‘yes’ or ‘no’. If modern dating is awful because it’s like a series of very unromantic job interviews, the great thing about it is that it makes you think, right at the beginning, whether you’d like to spend a long time with the person or not. If it doesn’t feel right, you don’t see them again. But with old-school, shambolic pairings (like the one that led to my marriage) you can just crash from one disaster to the next.

This was just what I spent the next few years doing. The people themselves weren’t disastrous, but I was terrible. I found that I couldn’t be with anyone. Having wrenched yourself out of a binding legal contract, lost your home and disrupted your child’s universe, it can be hard to commit to someone else. As soon as they do something mildly annoying – wear Lycra cycling shorts, expect you to be friends with their ex, moan about regional accents on the radio – you think, ‘I ended my marriage for this?’ I became like one of those fussy princesses in a fairy tale. Nothing and no one would do. But I could see that I was being ridiculous. Not only do those princesses deservedly get punished by being turned into cabbages or pigs, they tend not to have grey hair, stretch marks and children by other men. Something had to change.

The difficulty of falling in love after the shocking disappointment of a failed marriage is that you have to leave yourself open to being hurt again. If you get involved with people who can’t hurt you, there’s a serious risk you’ll end up hurting them. And if you never let yourself get involved with anyone, you’re probably only hurting yourself. One day, if you’re lucky, you will come across someone who shakes you up, but in a good way, and you’ll decide to accept the hazard. It could happen via a website, at a funeral, or after slipping over in a puddle. Nobody knows. (But it’s probably a good idea to get out of the house as much as possible.) It happened for me when I finally backed down on the setup front and let one of my best friends introduce me to somebody.

Within an hour of my first meeting with Martin I felt completely defenceless. I knew he was someone I’d fall in love with, if only he’d let me. It was a scary thought, but mildly less frightening than the prospect of being alone for ever. It’s still frightening more than two years later – more so now that I’ve seen how funny he can be when he suddenly gets garrulous at bedtime, I’m overly attached to his asymmetric nose, and I realise how horribly I’d miss him if he wasn’t there. But, in the aftermath of divorce and disappointment, love seems more than ever to be a risk worth taking.